Skip to content
FAME Medical Mission to Burma — Day One 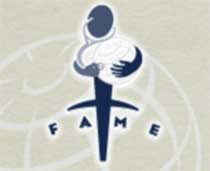 This is FAME’s first medical trip to Burma;  it is the local group’s first time to host a medical team.  Both facts weighed heavily on my mind the last 24 months as I planned for this work and considered many eventualities.   I am here to tell you it was not apparent that this was a first time event.   Our team stepped up, filled gaps, worked hard, were very flexible and followed the words of Jesus in Luke 9 when He said to go preach and heal.   It has been an exciting but very tiring day.   The bus ride there was longer than I remembered.   We spent nearly 2 hours going.  Some of it was spent at the World War II  Memorial near the turnoff for Hope Orphanage.   Our driver did not know the way from there so I arranged for Simon to meet us there.   The Memorial is very moving.   27,000 allied soldiers were killed in this area and around Burma in the effective effort to drive the Japanese out.  Most of those deaths occurred in a 2 month period in late 1943.

Hope Children’s Home (part of Asian Children’s Mission) was ready for us.  The kids were off in school so we didn’t see them till 3 PM.   Nearly 50 pastors came for our Pastors Conference at the Hope Chapel.   I met men who had travelled 3-5 days to be there.  One from the far north had spent 8 days in travel.  That is very humbling.  I met pastors working on the Bangladesh border, the India border, with refugees in Thailand and some from near China.   They are so hungry to learn more about the Word and become more effective evangelists.   One of my patients was a pastor who said he was at one time a Buddhist priest.   He was lonely and unfulfilled.   At Christmas time he passed by a church and heard Christmas carols.   The melodies and words so touched him,  he went in to talk with the pastor.  Soon after he accepted Christ and then spent several years preparing himself for Christian ministry.   I know Christmas carols is also my favorite to sing and hear.

We treated 207 patients;  Marilyn and her team gave out 88 pairs of reading glasses.

Twenty-three people accepted Jesus as their Saviour.  It was a very moving day but tiring.

Our patient mix really surprised me.  We had few Children – school is in session; the first 8-10 patients had severe high blood pressure.  Many had diabetes.   There were many with severe back pains, arthritis, etc.    The stomach was well-represented.   Dr. Derm (our team dermatologist Jere Mamino) was impressed with the variety and extent of skin problems.

I had a man rushed in who had crushed his fingers in the belt of a rice harvesting machine.  He had degloved the skin of the little finger and had bad laceration of ring finger.   Our ER nurse dressed it and we packaged him to go to a hospital.   We gave him pain medicines and antibiotics to go as we were told the hospital would not have any and therefore would not give him any at discharge.

Marilyn and Chris Sherwood spent most of the afternoon teaching in the pastors conference.  We had scheduled public health talks for the pastors.    They really enjoyed doing this and felt the men and women were very receptive.

I finally got our clinic schedule.  I had not seen one previously.  We have a very hard week of clinics and work to do.   Please pray that we are up to the task and can be effective throughout.   Our two nurses who had had their  Philadelphia to Atlanta flight cancelled and then had to arrive 24 hours later did arrive.  Unfortunately their luggage is somewhere outside of Philadelphia.   Ugh.

We had dinner on return at the Green Elephant.  It was mostly Burmese food with some Chinese.   Marilyn liked the shopping as they had a nice selection of local items and at a good price.